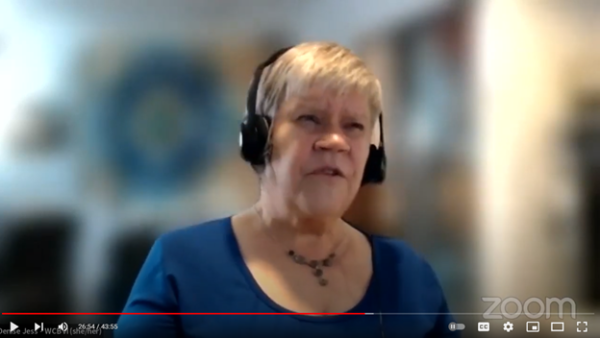 We warmly thank everyone who gave to the Council during The Big Share on Tuesday, March 1. The Big Share is an annual one-day online fundraising event organized by Community Shares of Wisconsin. This year, we surpassed our goal of $7,000—a target that honored our 70th anniversary—and ultimately received a total of $10,578 from 115 donors!

This year’s success, built on the generosity of donors small and large, illustrates the broad support for and interest in the services, advocacy and education the Council provides year-round to empower Wisconsinites with vision loss to live independently with dignity.

We are extremely grateful to UW Health and Kirsten Houghton, CPA, MBA on behalf of SVA CPAs for their matching gifts during critical stretches of The Big Share.

A recent addition to our Big Share strategy is an approach called “peer-to-peer” fundraising. This year board members Nick Sinram, Chip Kaufman and Deen Amusa reached out personally to their own networks to tell the Council’s story and ask their contacts to consider making a gift.

Deen Amusa, a vision rehabilitation specialist in central Wisconsin, initially hoped to raise $500 from his peers. He reached that goal so quickly that he raised it to $1,000. He surpassed that higher goal as well. “I got the inspiration from one of our board members who had his own Big Share web page last year,” Deen says. “Many of my friends and family know that I’ve been active on the Council board for some time. I started small, setting $500 as my target, and with just a few friends and family I exceeded it!”

Another highlight of the day was a Facebook Live event, “A Conversation About Voting Equity for People with Disabilities,” featuring Council Executive Director Denise Jess, Barbara Beckert of Disability Rights Wisconsin, and Eileen Newcomer of the League of Women Voters of Wisconsin. The panel, moderated by former Wisconsin Public Radio host Joy Cardin, highlighted the work of the Wisconsin Disability Vote Coalition. A recorded version of the discussion is available here.

A second Facebook Live event later in the afternoon, featuring the Council’s Mitch Brey and representatives from Sierra Club, 1000 Friends of Wisconsin, and ACLU of Wisconsin, focused on our collaborative work around transportation issues.

Again, we thank all of you who gave during The Big Share to support the Council’s critical work!