A Bicycle Built for You? 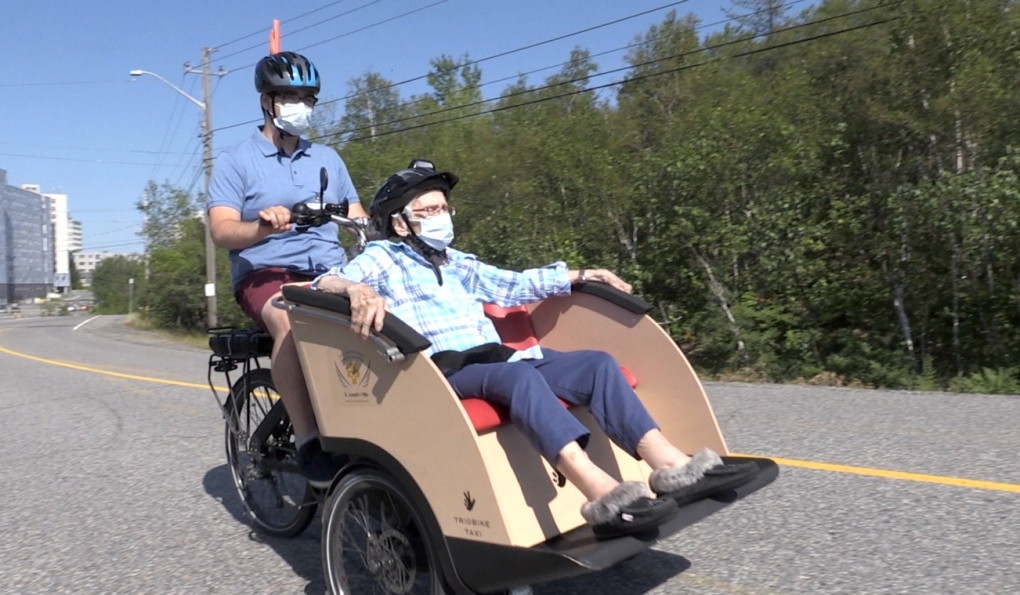 Experiencing a disability, whether a physical one that limits mobility or a sensory one like vision loss, can affect the way we take part in outdoor recreation. But it doesn’t necessarily mean the end of a particular activity.

Take bicycle riding, for example. In recent years, a few different forms of accessible cycling have emerged around the world—and in Wisconsin—that empower people with vision loss to continue experiencing the special joy of cruising around on a bike. One version involves tandem bikes, which many people are already familiar with. Another type of accessible cycling catching on in many countries is the “trishaw,” a three-wheeled take on the rickshaw.

Trishaw cycling involves two people who sit in a carriage, usually in front, while a volunteer pilot driver pedals, both through muscle strength and electrical boost. This type of accessible cycling option was piloted in Denmark through a program called “Cycling without Age,” and the idea has slowly spread across the world.

Lutheran Social Services of Wisconsin and Upper Michigan has brought trishaw cycling to people in this state who stopped riding as their ability to do it independently declined due to age or a disability.

“Such simple things, when you get older or have a disability, your world can begin to feel so small,” says Holly Keenan, a mobility manager with Lutheran Social Services. “Just getting outside and being with somebody can make such a difference.”

Keenan tells a story about a couple living in an assisted living home. That day, Holly was the driver. “They got on the trishaw together and they just chattered and chattered,” she says. “It turns out they rode in a horse buggy on their wedding day. It brought all these memories back. And he, having dementia, remembered what color her dress was. She remembered the color of his tie.”

In Madison, the Oakwood Village Foundation started offering trishaw rides in 2017 to residents at its two senior living facilities. Oakwood now owns five trishaws, all imported from Denmark and pedaled by volunteers.

Oakwood Village Development Director David Mossner says that the trishaw program remained popular during the most uncertain stages of the COVID pandemic, as one of the few activities that allowed people to leave the confines of their apartments.

David piloted many of these pandemic-era rides. “We figured out a way to get people on the bikes, all masked up. Those were some of the most joyful rides I’ve ever given,” David says. “People getting out, seeing another part of campus, after being all cooped up. It was a great deal of fun.”

Another cycling option is Random Tandem, which offers several tandem bicycles for free use at bicycle stores located near bike trails. Random Tandem is the brainchild of Wendi Dwyer, a Wisconsin native living in Florida who stopped bicycling independently due to vision loss. She wanted to continue riding, but rental tandem bicycles were hard to find in many places, and when they were available, they were often expensive to rent. Wendi contacted local Lions Clubs and local bicycle shops near trails and asked if they’d be willing to host a tandem bicycle that a non-driver – often visually impaired – and a sighted partner could borrow for free.

There are now six communities around the country, including Madison, where people with disabilities and their riding partners can access a free tandem. Random Tandem partners with local Lions Clubs to connect with the bike shops. “It’s just starting,” Wendi says. In Madison, the bike shop partner is Budget Bicycles, which is located 100 yards from a bike path. The bicycle is a donated white Electra cruiser made by Trek, which staff at Budget Bicycles tuned up. Manager Darin Schultz says that the bicycle is ready for use any time.

Are you interested in making accessible cycling available in your community? We encourage you to reach out to possible partners—such as Lions Clubs, assisted living residences, or agencies serving seniors—to explore ways to enable people in your community living with vision loss to enjoy the benefits of cruising around the great outdoors on two (or three) wheels.